Organize as a Community

It's worth the time to organize a community that is diverse and inclusive. We want everyone in the community to be saying "no pipeline." These are the keys to building a sustainable defense and a strong coalition of pipeline fighters.

identify as many landowners on the route as quickly as you can.

inclusion. Include everyone who could be an ally—including people other than landowners. Support each other. Together you are stronger.

Organize. Organizing around landowners' rights and eminent domain abuse is something virtually everyone can agree on, so you want to seriously consider taking advantage of that. Folks will form groups focused on many different issues, and you can support each other's efforts, but putting landowners’ rights at the forefront of a fight will make it much harder for pipeline companies to spin your opposition as being just a bunch of tree huggers against energy independence.

A. Identify as many landowners on the route as quickly as you can, reach out to them, and organize.

The pipeline company is not required to make public the specifics of the route or publish a list of landowners and addresses that they have sent letters to. Does that make it hard for landowners to find each other and organize? You bet! The pipeline doesn't want you to talk to each other. Now your job is to find as many landowners as possible to let them know that they are not alone, to build solidarity, and to share information. Right now, the best way for landowners to find each other is to talk to your neighbors. In rural areas, having neighbors talk to neighbors they already know will help build trust and bring people together faster. Map out the route in your county as you identify other affected landowners. Build a basic spreadsheet for organizing with addresses, email, and phone numbers along with each landowner's preferred methods of communication.

Many counties have online Geographic Information Systems (GIS) programs that show property lines and who owns what parcels. This is an invaluable resource as you try to figure out where exactly—and who exactly—is impacted. You can often create and print your own maps from these systems, and these maps can be helpful in showing people how the project will affect them, where the blast zone is, etc. If you don’t know how to use your county’s GIS system, speak to a local realtor, as they may be able to help show you. Or go directly to your county’s planning office or someone on the local planning commission to ask them to help you learn how to use it

In fighting the ACP, we took advantage of the skills of some GIS professionals to develop a series of online maps that we used throughout the fight for both organizing our opposition and identifying environmentally sensitive areas: http://www.abra-csi.org/maps

In the case of the Keystone XL Pipeline (KxL), there was a mandatory information session at a local community center. For KxL, it was an attempt to “inform” the public, but early resistance members also used the event to present a landowner rights session alongside KxL. That was an invaluable offering because that session alone created the bones of their resistance. It turned out to be a critical time to begin organizing and uniting, which in turn ultimately led to the downfall of the pipeline project. 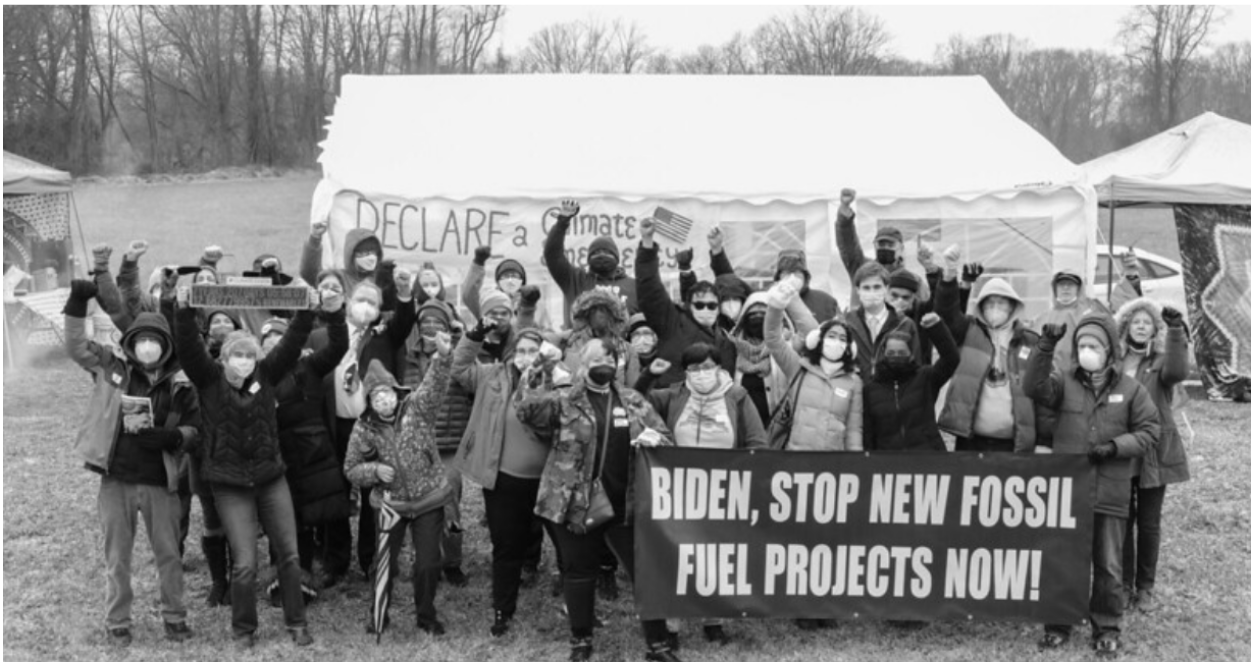 Organized coalition against fossil fuel projects.
b.Include everyone. Together you are stronger.

Once you find other landowners, post signs in your community about meetings at churches, libraries, stores, and post offices to attract the rest of the community. Put it out there on social media. Find folks active in your community, on Facebook, or on Nextdoor, and post through multiple people and on multiple platforms to expand your reach. Letters to the editor, especially in the larger state-wide newspapers, are a great way to raise awareness and to recruit members to your resistance. Some of the most active people who fought the ACP with Friends of Nelson were NOT landowners.
‍

Hold additional information meetings about the proposed pipeline. Continue to collect and verify important information like email and phone numbers to stay connected. Be sure to ask and honor the best modes of communication for people. Older folks may not have access to email or the internet. Find them a buddy to make sure they get information in person and are kept up to date.
‍

Do not underestimate anyone's capabilities. There will be a lot of need going forward, and it will take many people to build an effective resistance. Don’t be discouraged if you only get a few passionate people in the beginning. As your group forms and becomes more vocal, people will respond. It’s not uncommon for community members to get involved with landowners once they find out what is happening. Remember, it’s likely that much of your community doesn’t know about the proposed project, and it will be your group's job to get the information out there to them. 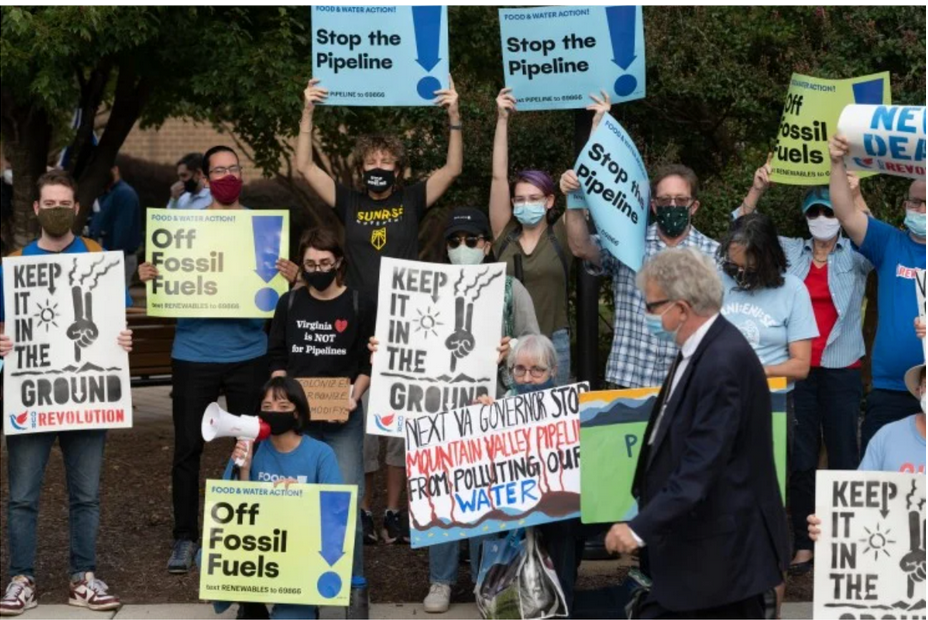 You may come from different backgrounds and beliefs, but remember you all have one thing in common: you oppose the pipeline company’s plan to build through your community and are facing moneyed interests that will do everything in their power to build that pipeline. Stay on that topic. Build trust, support, and solidarity. Share what information you already have gathered about the proposed project. Make sure everyone knows their rights. Don’t be afraid to build a social component to your gathering. Such events build true communities and strength for all in the fight itself, and the deep relationships you build with others during this struggle can live long past the day when you learn the fate of this particular pipeline project.
‍

Avoid NIMBY arguments. NEVER advocate for the pipeline to go on someone else’s land or suggest where else it should go. THAT IS NOT YOUR JOB! It is the pipeline company’s job to find the “best” route. Your job is to simply show FERC and other regulators what objective flaws exist in the current plan. You need to build trust with the community if you want them to support you. They will not trust you if they think you are trying to foist the project onto their land instead of yours. Remember, the pipeline is your enemy. You ALL have that in common. Don’t let the pipeline company folks succeed at their “divide and conquer” techniques. They may try to pit you against each other … in subtle and not-so-subtle ways. And people who feel powerless will be more likely to lash out at each other than at a big corporation that they feel they cannot win against. Stay focused on how you as a group are fighting the pipeline company, and do not divert your energy fighting with each other—which is exactly what helps the pipeline companies most. Together you are stronger.
‍ 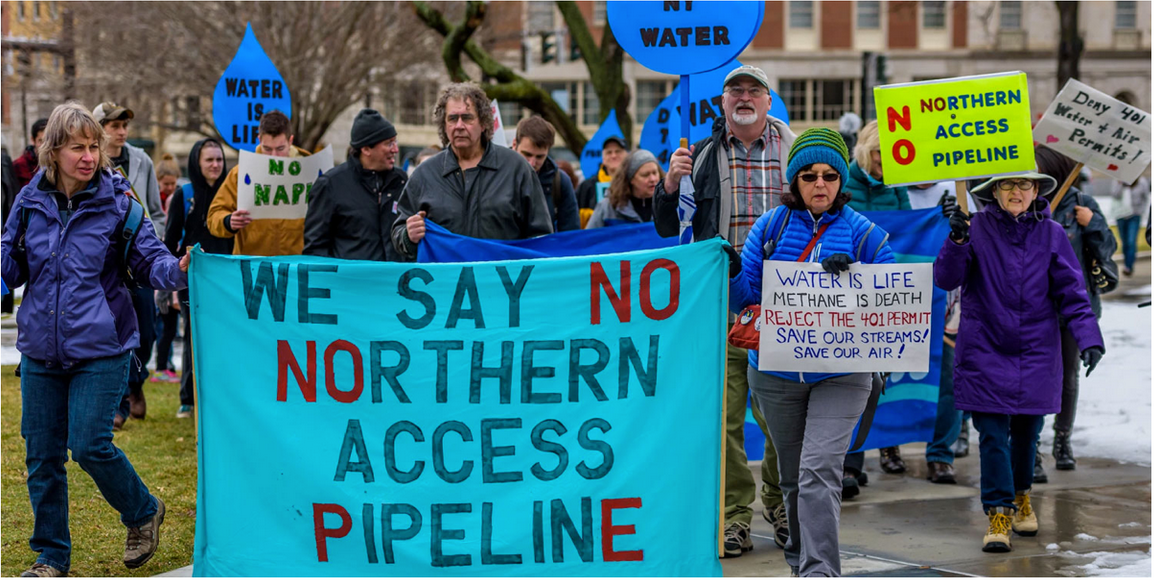 Now that your organized with your community, Bernadette will teach you how make your voices heard and create awareness: 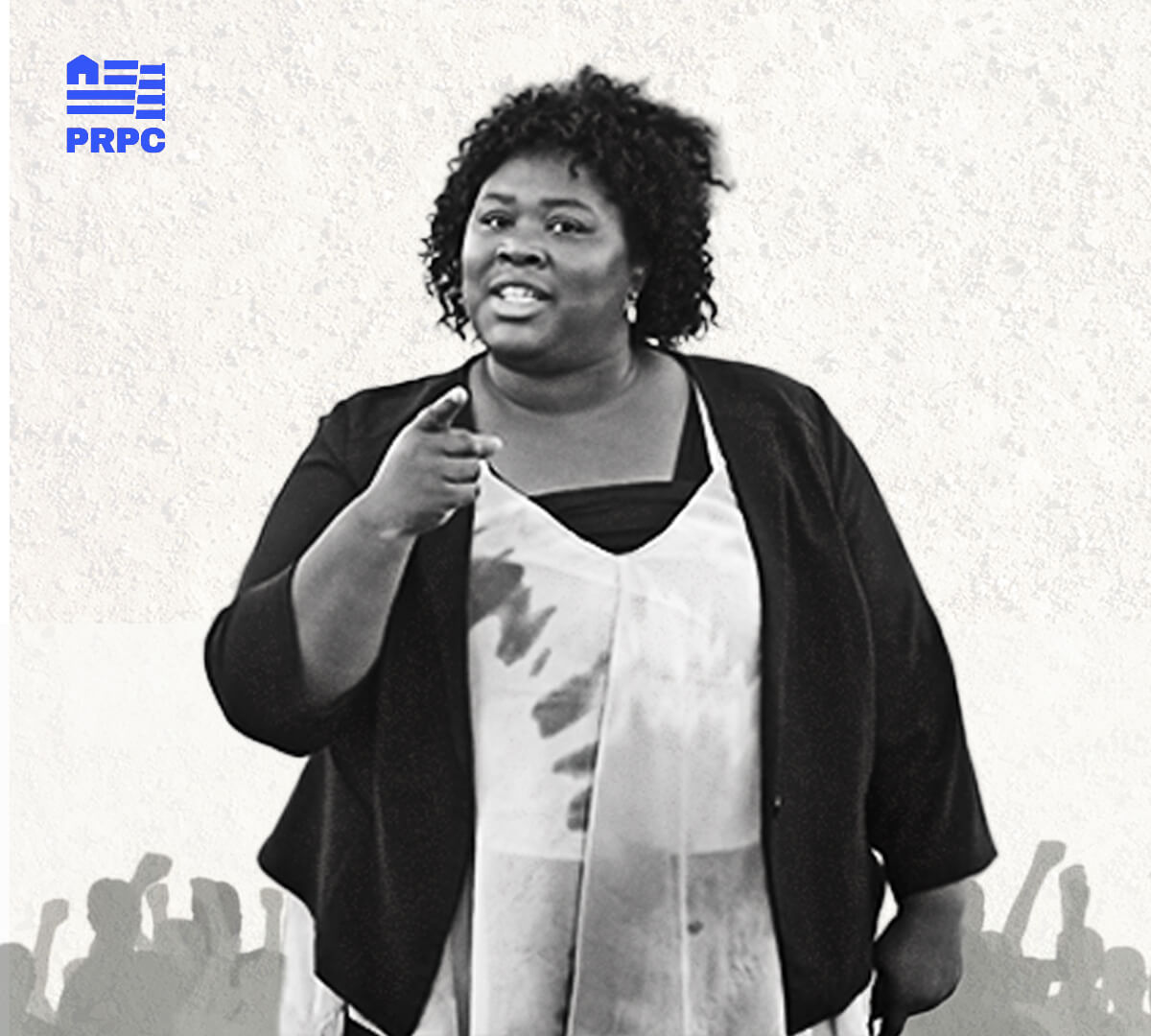 Hello, I’m Bernadette Johnson and I will teach you how to get loud and make sure everyone knows that your community is going to fight.